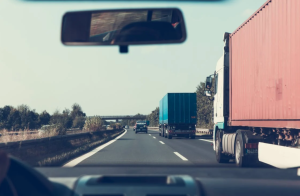 Granger was the seventh and the youngest child born to Joe and Juanita Waldron. He grew up in Westminster,  California with his parents and siblings.  As an adult Granger moved to Las Vegas  where he installed re-barb for in ground swimming pools. Then when he moved to Oklahoma,  he became a long haul truck driver. He met his girlfriend, Loretta Martin and she became his co-team driver. They drove truck together along with (their fur baby) Max.

Granger had a great sense of humor and he was a lot of fun.  Granger would help anyone he met on a regular basis. He was a very giving person to his family, friends and to the people in need.  He was just a great all-around person and he was very smart and knowledgeable. He would give you good advice even when you didn’t ask for it.

Granger will be missed very much by his half-sister Brenda Cragun, his two brothers Roy Waldron and Wade Waldron all currently in Mcalester,  Oklahoma. He will also be missed by his four adult children and three adult stepchildren and his numerous grandchildren.

He was preceded in death by his parents,  his 3 half brothers and his life companion (fur baby) Oso.
Rest in peace Granger.

To send sympathy gifts to the family or plant a tree in memory of Granger Waldron, please visit our tribute store.