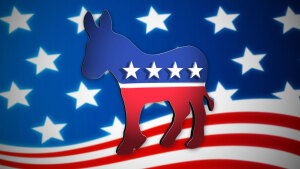 Pansy Onita Sisco Magdalena 82, of Norman passed away on November 9, 2020 in Norman. She was born in Ashland, Oklahoma to Thomas Benton and Ollie Williams Sisco on January 19, 1938 a birthday she shared with her father and her son.

She was a 1955 graduate of McAlester High School and a 1977 graduate of East Central University with a bachelor’s degree in secondary education. She continued her graduate studies at Oklahoma State University in vocational administration.

Pansy married Thomas William Magdalena in Holdenville, OK on March 21, 1953 and they had four children, Lori Ann Magdalena Wilsie and (Tom) of Tecumseh; Leslie Magdalena of Yukon, Thomas Wade and (Amanda) Magdalena of La Cygne, KS and Maria Laine Magdalena Smith and (Damon) of Comfort, TX all of whom survive her.

She considered her greatest accomplishment to be her career as a grandmother or “Mia” as the kids knew her to: Lauren Wilsie and (Jon) Collings of Norman; Logan and (Rheanna) Wilsie of Norman; Avery Wilsie of Tecumseh; Kiley Magdalena of Kansas City, KS; Annie Jo Gilbert of Warner; Daniel Magdalena of La Cygne, KS; Matthew Jennings of Monterey, CA and Michael Jennings of San Antonio, TX. Pansy also had three great grandchildren Peyton Spero, TJ Landes and Rhemi Landes of Kansas City all of whom survive her.

The family lived in several towns during Tom’s early years with Southwestern Bell including Talequah, Altus, Muskogee and Norman before settling in Tecumseh in 1963. Pansy returned to Norman in 2015 to reside in a senior living residence center.

Pansy worked a number of years with the Pott. County District Attorney’s office and then the U.S. Office of Indian Adult Education as a program coordinator/technical writer at Gordon Cooper Career Tech. This program served Native American adults seeking high school diplomas and career technical certifications. It was a job she loved doing so very much. She had a profound appreciation for the numerous Native American cultures of America and made lifelong friends in many different tribes through her work. She felt that anything she could do to help empower Native American adults was her true calling.

Following retirement in 1996 she hit the road with Tom in an RV traveling the country with grandkids in tow to all the notable and not so notable tourist locations. She enjoyed fishing, camping, shopping, cooking, reading, writing and politics. There wasn’t a political officeholder or candidate she did not research thoroughly before voting.  She was still completely engrossed in the 2020 election at the time of her death. She was a lifelong member of the Democratic Party and enjoyed spirited discussions with friends and family from both sides about political issues. She was a master of debate and rhetoric and well-respected on both sides of the spectrum.

Pansy was a member of St. Benedict’s Catholic Parish in Shawnee.

In addition to her parents, Pansy was predeceased by her husband Tom in 2010, an infant son, two brothers Bertus and Bob Sisco, two brothers in law Junior Winslett and Albert Magdalena and two sisters in law Mary Staples Sisco and Darlene Knight Sisco.

Additional survivors include her sister Patsy Sisco Winslett of Kiowa; a brother in law Wayne Magdalena of Jensen Beach, Florida; numerous nieces, nephews and cousins that she adored.

At Pansy’s request there will be no services. Expressions of sympathy can be made to Mission Tecumseh P.O. Box 502, Tecumseh, OK 74873 attn. Cassie Jones.  This local organization serves Tecumseh area children by providing the basic necessities needed for school including supplies, clothing, shoes and coats. Pansy and Tom felt these items were an absolute right for all children to have without financial worry and they donated anonymously to these causes for years.

The family would like to thank her sweet caregiver Ethel Robinson, the wonderful doctors Christopher Edge D.O. and Brant Bennett M.D., the loving nurses at Doctors Park Home Health and the incredibly compassionate professionals at Kindful Hospice who made sure Pansy’s final journey was comfortable.

To send sympathy gifts to the family or plant a tree in memory of Pansy Onita (Sisco) Magdalena, please visit our tribute store.